For almost as long as I can remember, my path through life has been guided by fear.

I was a nervous, shy child, though altogether happy for the first few years. I decided from an early age that I was going to be a writer (though as I was always quick to declare, “not a journalist”) and you could rarely find me without my nose buried in a book.

Where things started to go awry is just about the time that my journey into the world of WordPress began. At 19, I moved 1800 miles from my home state of Pennsylvania and took up residency in Norman, Oklahoma, with my then-boyfriend. And to keep myself busy while I hunted for a job, I started a blog.

My blog, unchained — which was about Japanese music, and named for one of my all-time favorite songs — introduced me not only to WordPress, but a whole new world. As this was 2006 and the plugin was in its early stages, there was much to be learned.

I taught myself PHP and CSS to heavily customize my various themes and plugins. I began helping my fellow bloggers with their own customizations, even hosting and setting up WordPress for a few of them. I became an admin on a community-run blog. I (without realizing it) learned SEO and link building. 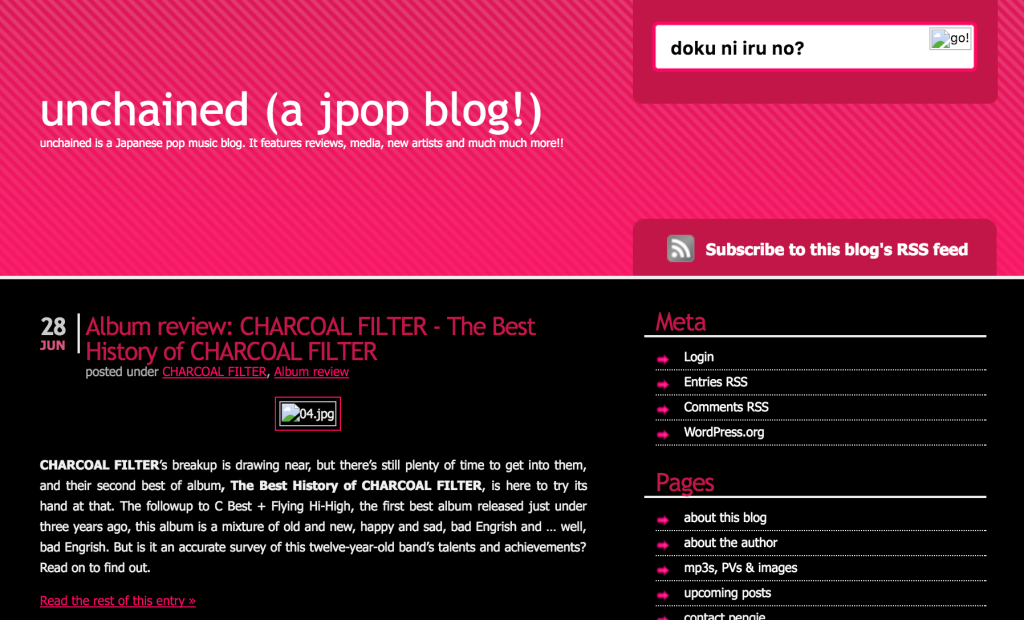 And slowly, as my relationship became something less comforting and more confusing and at times downright terrifying, my blog — and the community of friends I’d found through it — became my solace. It was where I went to get away. It was where I went when I was scared.

One of the most vivid memories I have of that time is of voice chatting with fellow admins in my bedroom, and my boyfriend pounding loudly on the door, demanding to know what I was doing and who I was talking to. An admin later confessed to me that he feared for my life in that moment.

I should have, too. But I’d gotten used to it.

It took three and a half years to summon up the courage to leave the relationship and Oklahoma. It’s taken a lot longer to speak openly about the hole punched in our broom closet door, the bruises so bad I couldn’t move my arms or wear short sleeves in the summer heat, the slap across the face I once got for changing the radio station in my own car. But it happened, it was part of what made me who I was then.

After I left, the following year was a bit of a blur. I moved back home, then into an apartment with an old coworker who was, and still is, the best thing that ever happened to me. (We’ve now been married nearly six years.) I started writing fanfiction again, something I’d loved but had felt ashamed to do before. I got hired for customer service at a wallpaper company, only to be sniped two weeks later by the president of the wall decal division.

And the reason for that? I “got” social media, could write copy, and my “blog looked great.”

WordPress, in part, got me a job. A job that changed my life. For better, and for worse.

I spent four and a half years surrounded by wall decals and wallpaper, eventually working my way up to a position as the eCommerce manager. It was both a fun job and a highly stressful one.

My path crossed with WordPress again when I was responsible for creating a members-only site for our sales representatives, and limiting different content to different groups. I also found myself at the helm of two company blogs, teaching others how to use the plugin while writing content for our store. It was something that always called out to me.

But it was around this time that I began to have health problems. After rapidly gaining weight and experiencing fatigue for years in Oklahoma, I was finally diagnosed with hypothyroidism… only to be taken off the medication when my levels “seemed good enough.” I would lie awake at night crying worrying about work. A physician told me “I just needed to exercise and lose some weight.” And on top of everything else, I had frequent migraines that no medication seemed to help.

I contemplated suicide often. I was scared of living my life with the pain I experienced. My job also became highly stressful during the final few months, and despite being denied a raise and experiencing conflicts with others (including being stalked by another employee) I was terrified that I would never find anything better.

But one day, and I can’t say why, I finally snapped. I’d had enough. I was 27, I was living in fear, and I was wasting time doing it.

Letting the Light In

After a few months of searching, I found a copywriting job and gave notice to my employer. For the next year and a half, I worked in content (at two different agencies) and on myself. An endocrinologist re-diagnosed me with hypothyroidism, and I found a new physician who diagnosed me with chronic migraines, anxiety, and depression, and started treating me for everything — without insisting it was “all in my head” or “I just needed to lose some weight.”

In late 2014, by chance, I stumbled upon a listing for a content position for WooThemes online. I’d long liked Woo — the group blog I’d helped run had used one of their themes, in fact — and the idea of working for a WordPress-centric company was intriguing. So I sent along my resume, did a trial, and ended up getting the job.

WooThemes was acquired by Automattic six weeks later, and so I immediately found myself surrounded by hundreds of intelligent, experienced, WordPress-savvy individuals. I had a strong case of imposter syndrome, and on the plane to my first Woo team meetup in Chicago in May of 2015, I was terrified.

I was greeted at the airport with a hug, greeted at the hotel with more hugs and smiles and enthusiasm for my arrival and presence on the team, and from that first day I’ve never looked back. Because I belonged, and still do belong. Because I am part of something, something bigger than me. 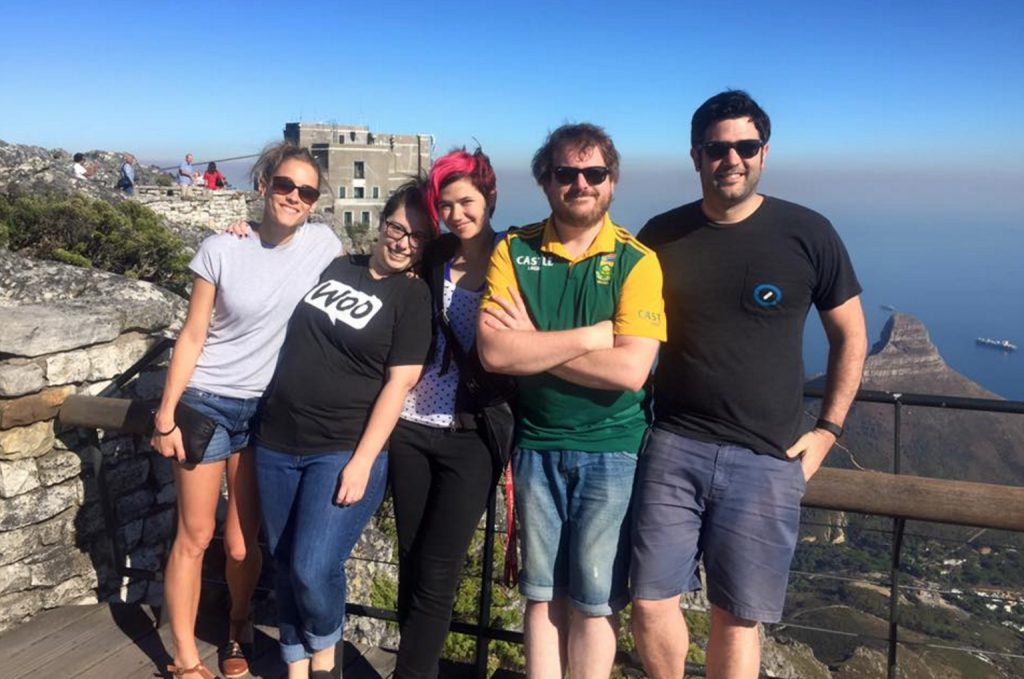 Now that I’m part of Automattic, I’m more involved with WordPress, its community, and its users than ever. And I’m pushing away the fear that’s guided my life, and restricted me, more and more with each passing day.

Every day, I write for the WooThemes blog, which allows me to give back what I learned as an eCommerce manager to store owners using WooCommerce or WordPress. It can sometimes be challenging to write so much, or to get things as close to perfect as possible, but it pushes my limits and stretches my comfort zone, and I appreciate it so much. And the comments seriously make my day!

I’ve been pushing myself even harder, too, volunteering events or to staff WooCommerce booths at WordCamps. In the past, my anxiety would have kept me far away from crowded rooms, and I would have struggled to hold conversations. Now I leap into these situations with optimism, and I love to chat with our customers.

I even recently gave my very first talk (about content marketing, my favorite subject) at WordCamp Lancaster here in Pennsylvania. And I’ll be holding a workshop about the same topic at WooConf with store owners, who will be going hands-on to create their own content ideas for their store. 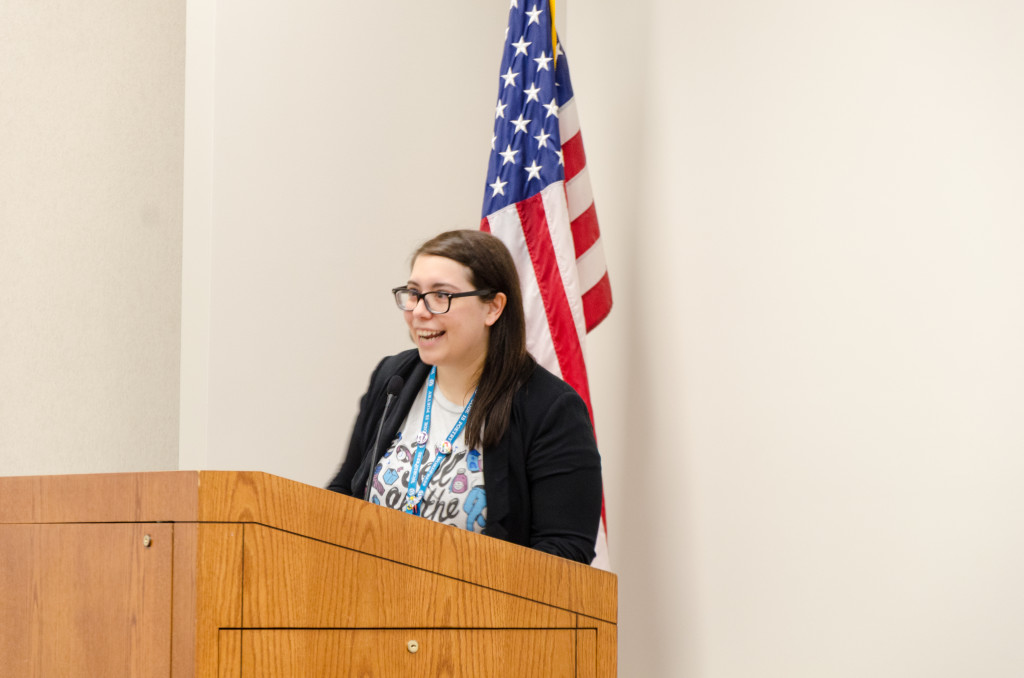 What’s next? I can only imagine. I’m still a little nervous about contributing to core, but I think it’s within my reach before too long. WordPress has given so much to me, after all, that I think it’s time to give back.

If I had to give one piece of advice to anyone who identifies with any of this — maybe you’re afraid of speaking at a WordCamp, maybe you feel stuck in a bad relationship, maybe your illness is holding you down and you feel like no one is taking you seriously — it’s this:

Every time I’ve struggled, whether it was while running my personal blog, at my eCommerce job, now at Automattic, the community has been there for me, both personally and professionally. There are wonderful people here that are willing to listen and do what needs to be done to help. Maybe that’s lending a hand with your site, lending an ear, or both.

Don’t be afraid to reach out. You might be afraid of everything else, like I once was, but as long as you can trust someone, you’re not lost yet.

You can do it. The community is here for you. WordPress isn’t just a publishing platform, after all — for some of us, it’s what helped us learn how to be strong.